The Rhythm of Real Estate 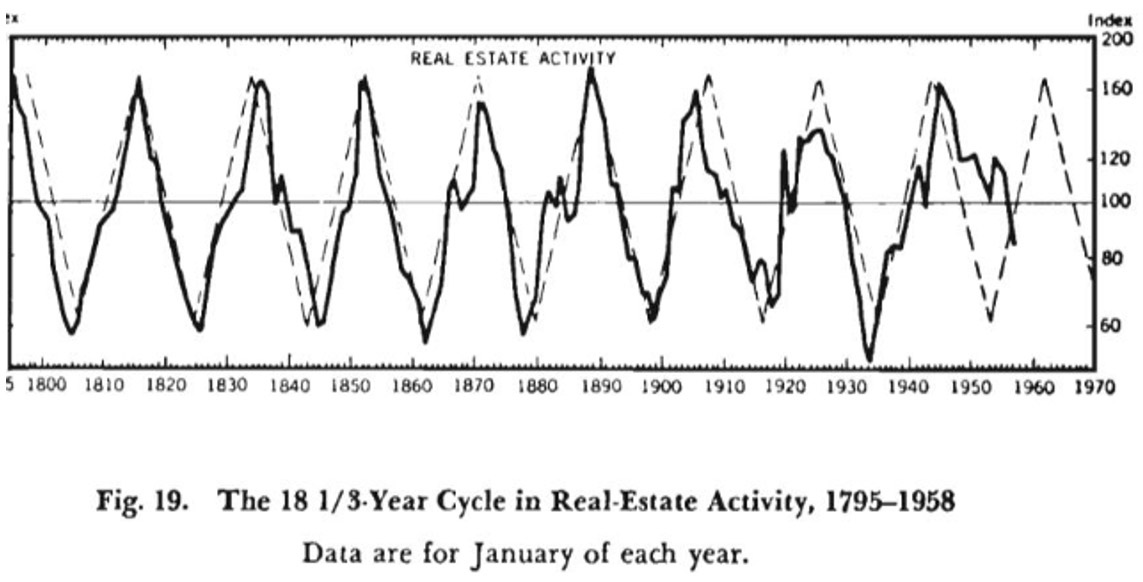 Are you concerned about your financial future? Well, history leaves clues. 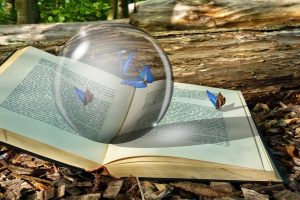 This 18.6 Year Cycle has driven the rhythm of real estate for well over two centuries, and is signaling a powerful market crash by about 2025.

The story starts with Adam Smith who, in 1776, published Wealth of Nations. His work inspired David Ricardo who, in 1809, developed a Theory of Economic Rents explaining the surplus value of land, given equal inputs of labour and capital — today, often known as ‘locational value’. 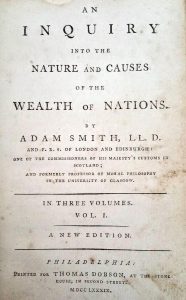 Private ownership of land is permitted through a government-granted license called ‘title’. The most fertile land, or land with greatest density, carries the highest value. While the factors of production are land, labour, and capital, all of the benefit goes to the landowner… until it doesn’t! Eventually tenants can either no longer afford, or not longer tolerate, ever-increasing rents.

This happens about once every 18 years according to Homer Hoyt, who published One Hundred Years of Land Values in Chicago in 1933. Although his research focused on Chicago, it was representative of cities in all developed countries. Around the same time, Roy Wenslick of St. Louis independently assembled data from over 120 other US cities, identifying a similar 18-year economic cycle. He published The Coming Boom in Real Estate — and what to Do about it (1936).

In 1947, Dewey & Dakin dug deeper into understanding cycles with their work entitled Cycles: The Science of Prediction. 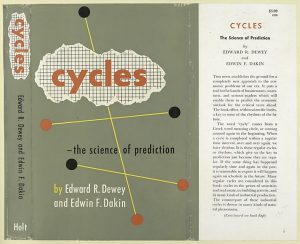 For over 200 years, real estate cycles have repeated, in times of inflation or deflation, whether interest rates are high or low, with or without trade barriers, with government subsidies, and with high, low or no taxes.

Fred Harrison has demonstrated considerable economic predictive power relating to this 18-year cycle in his works: The Power in the Land (1983); Boom Bust (2005); and Ricardo’s Law (2006).

The cycle’s pattern is 14 years up, interrupted by a mid-cycle dip, followed by 4 years down. In over two centuries, this cycle has only ever been disrupted by two world wars.

Check out this chart from an online article by Property Geek: Understanding the 18-Year Property Cycle (2019): 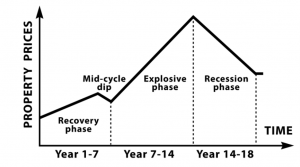 To profit from this information, you’ll need to find reliable ways to predict where we are on that cycle. The Secret Life of Real Estate and Banking (2009) by Phillip Anderson can help. Anderson says that a study of US history reveals an average 18.6 year cycle in credit and real estate prices, measured from trough to trough or peak to peak. This cycle has never been shorter than 17 years, or longer than 21.

So, where are we today? 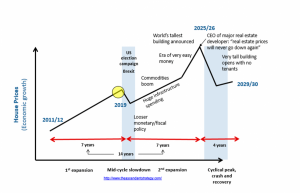 The current cycle began following the devastation of the great recession. Nobody could have predicted a pandemic but, like clockwork, something always causes a faltering of confidence mid-cycle. This is followed by looser monetary policy, and then huge infrastructure spending — five or so years of expansion culminate in an era of very easy money and announcement of a new ‘world’s tallest building’. The final years of an expansion — probably around 2024/25 — is called the ‘Winner’s Curse’; this is when everyone figures all the problems of the world are solved and real estate will go up forever… until it doesn’t!

Key takeaways from The Secret Life of Real Estate and Banking:

David Bentall has said: “Wealthy families make their money in business and store it in real estate”. If that’s what you’re doing, you’ll probably be okay. I often say that all real estate developers/speculators eventually go bankrupt — on their last deal.

“History reveals that investors who made land speculation their sole business enterprise have rarely held onto their profits; the cycle usually wiped them out in the end. Those who had real businesses, with real earnings and real cash flow, who purchased real estate with their profits but did not speculate in it, went on to make a fortune.” (Phillip Anderson)

Beware of ‘Single-Cycle Gurus’: Anyone selling you a system they’ve discovered or developed over the past 10, or even 20, years, may be setting you up for failure.

“The building cycle is so long that few people experience two complete cycles in their business life. Education, to be effective, must therefore be “book knowledge” rather than experience… For many individuals, an unfavorable first experience means a lifetime tragedy. … The welfare of an individual is often determined by the time in which he was born. If he is old enough to start business at the low of a business cycle, which is accompanied by … rising prices, his chances for success are very good. Conversely, if he is born at such a date that he starts in business at the peak of a building cycle, which is accompanied by falling commodity prices, his chances of success are small. Much of the success or failure of an individual is due to forces over which he has no control; but if he understands these forces, he may protect himself from the worst results of unfavorable combinations and profit personally from favorable combinations.” (Dewey & Dakin, 1947)

The concentration of wealth is increasingly in the hands of fewer and fewer. Expect President Joe Biden to do all he can to pump money into the US economy, increase lending, keep interest rates low, and government spending high.

Real estate prices will continue to rise until they reach a point where people can no longer afford them. The 18.6 Year Cycle is pointing to a collapse around 2025 or 2026.

I see a convergence of economic cycles. Given what I know today, I anticipate appreciation in the short-run, and then plan to exit holdings without considerable equity and strong cash-flow by about 2024 (US presidential election year).

All real estate markets are local, so you’ll need to consider this 18.6 year cycle within the context of your local market. Nobody knows the future. However, if you’re going to invest, you should have a model pointing you toward profits and away from danger. Understanding Economic Cycles can help.

My objective in this series on economic cycles has been to stimulate intelligent thought. Your comments are welcome. 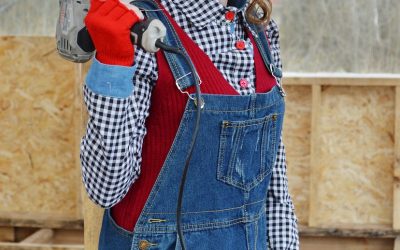 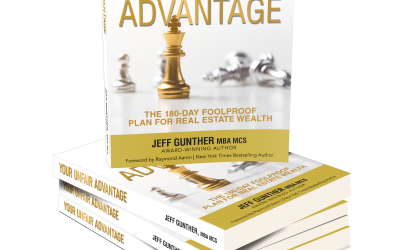 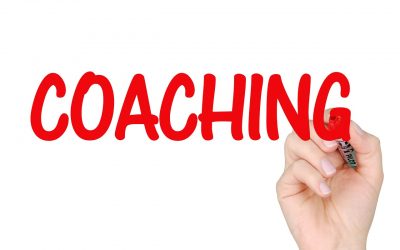 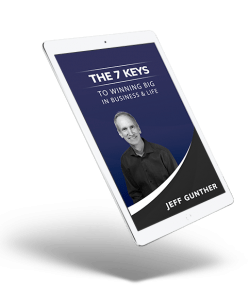